‘Light Matters/A Retrospective’ is a small sampling of images taken by Ann Segal around the world where magic happened. Her work is informed by her life, a decades long practice of yoga and tai chi, a deep connection to the natural world and a curiosity about other cultures. In the last five years she has mostly used her iPhone.

Ann has been a photographer for over forty years. Graduating from Walnut Hills High School, she attended the University of Wisconsin majoring in Fine Arts and after two years transferred to Boston University, graduating in 1970 with a BA in Fine Arts.
She managed Cafe Dewitt in Ithaca, NY for several years before moving to the West Coast, studying photography at the Santa Barbara Art Institute while living on a 25 ft Danish sloop.  She settled in the San Francisco Bay area for fifteen years where she began exhibiting her work at Artisans Gallery in Mill Valley and served on the Art Commission there.

In 1994 she returned to Cincinnati, continuing and expanding her commercial photography work until 2006. Since then she has been exhibiting regularly, including with Fotofocus since 2012. Currently, she is producing a video series about local photographers called ‘Conversations with Photographers.’ Her most recent video is about Anita Douthat and Cal Kowal and will show at XU’s AB Cohen Gallery during Fotofocus 2016 in October. 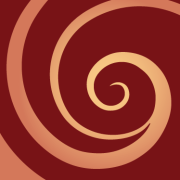