Recently, I had knee replacement surgery (4 weeks ago, as I write this) and many friends and colleagues have commented that they are amazed at my recovery. All initial physical therapy goals have been reached ahead of schedule; and, of course, I walk better than I did prior to surgery.

Every day has yielded improvements and surprises. As those of you who have recovered from this kind of surgery know, the day you can stand to put your pants on is a celebration. Yesterday, I was able to put my foot up on my knee to put my sock on. Big deal! And then today (and my Feldenkrais wife is freaking out over this) I was able to kneel on a wood floor without pain.

I am not surprised, nor do I think my recovery is anything special. We (my wife, my health care team and I) took steps to make it possible. Let me tell you what we did.

We learned that one thing I could do prior to surgery is exercises to strengthen the thigh muscles in the leg. My health care provider suggested specific exercises, and I did them. We also got some good advice from a colleague of my wife. He is an experienced Feldenkrais teacher and has had the surgery himself.

We talked to people who have had knee replacement surgery and asked questions, especially questions about the doctor and how well the procedure went. How happy were you with the follow up physical therapy? We asked non-orthopedic physicians which orthopedist they might recommend. We talked with local physical therapists about their recommendations. We then interviewed two orthopedic surgeons and scheduled surgery with the one in which we had the most confidence.

We investigated what equipment we would need once I got home. A friend loaned us a commode with the frame of which would fit over our toilet and an icing machine – a canister that is filled with ice water. Icing on a regular basis is important and the machine was so much more convenient than using ice packs, especially through the night during which it could be turned on and off. And we picked up a few other items I would need at home. We arranged to take physical therapy near our home at a place and with a therapist in whom we had confidence. (It was a good choice. We have recommended her to others.)

The hospital offered a class in what to expect following surgery and I went. It included some of the exercises the physical therapist would have us do and how to use a walker, how to stand from sitting and how to sit from standing. In addition, since there are a couple of steps to negotiate in order to get into the house, my wife learned how to help me to go up and down steps.

Mentally or emotionally, I hold the belief that I recover quickly and held to that expectation. In addition to that, I believe that I am in charge of my healing. Doctors do not heal. They create internal and external environments in which the body heals itself. I am a part of the healing team and, ultimately, I’m in charge.

Having done these things, I went to the hospital in good spirits, with no discernible anxiety or nervousness. I was taken to surgery around 10:30 AM (2.5 hours ahead of schedule, which I liked). The surgery took about 35 minutes and closing another 10 minutes. I was taken to recovery for a couple of hours but only because they couldn’t find a room for me.

Before the day was over, I was using the walker to go to the bathroom. The next morning, I received some physical therapy and testing to make sure I was ready to be discharged. They taught me how to get in and out of a car. By afternoon, I was home.

At home the first day and night, I took the pain meds I had been given as prescribed. We wanted to stay ahead of the pain. However,within a couple of days, I cut the dosage in half. I experienced no excruciating pain. I used the walker to get around the house and walked sometimes just to keep the leg and knee moving.

Surgery had been done on Monday. Our first trip to physical therapy was on Wednesday. The therapist tested to see how capable I was and what were my limitations, which were many. She gave me some exercises to do at home while sitting or lying. I did them. I had physical therapy three times a week. On the other days, I did the exercises at home. And I walked using the walker. I did not walk long distances, but I walked a little bite very hour or so during the day. Of course, those first few days I also slept a lot. By the 4th day, my wife was going to work and I was able to be by myself.

Two other things I took advantage of that are not a part of normal protocol are my wife’s Feldenkrais work and my powers of mental processing and imagining. Feldenkrais is a method of learning to move with less effort and more comfort. It does not shortcut or lessen the physical therapy I was doing. Every day, getting up and down and moving around the house became easier and easier.

When I was facilitating a cancer support group,participants used their imagination to strengthen their immune systems, and weaken the unwanted effects of chemo and radiation therapies. In the early days after surgery, I had time on my hands so I imagined my knee healing – as if knitting or cementing itself back together. I imagined what that feels like on the inside. I saw my thigh muscles becoming stronger and learning to take over the job of those tendons that no longer exist.

We have likely heard stories of PT torture after knee replacement. And I had one session of that but then decided I was going to continue to be in charge of my recovery. So next time the physical therapist needed to push my leg into an extremely painful position to measure my flexion, I said something to the effect of, “We’re not doing that again?” She said, “Well you have to push yourself.” I said, “I agree, but I don’t have to scream to do it.We have the same goals. We’re going find a better way to get there.” She gave me a strap to wrap around my leg and to pull it into position. I was in charge.The flexion increased significantly and rapidly after that. It actually gained 10 degrees over one night.

I didn’t leave the house except for physical therapy for the first 10 days or so. By then I was no longer using the walker in the house but only for going to and from the car. Shortly thereafter I started using crutches and found myself going to the movies. I will say, I hadn’t remembered those theater hallways being that many miles long! Soon, the crutches just got in the way. On the 20th day, I drove myself to church in a stick shift car, (using my affected left leg) and negotiated steps though it was one step at a time; lead with good leg going up and healing leg going down.

My message: First not everyone needs knee replacement and I recommend you do Physical Therapy, Feldenkrais and work in your imagination to be sure you can’t bring yourself to a place of healing without surgery. But if you do need it: 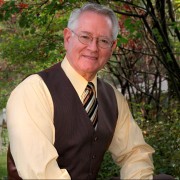